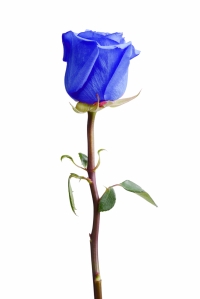 She has too much time on her hands. Poetry is forming in her brain, different ways of seeking out the truth. It seems a softer way to face certain truths, as though in rhyme and metre the full awfulness is somehow kept at bay.

She knew her true weakness then. Earlier today the crack in the framework of her plans, the chimera she had been nursing so close to her breast was so cruelly exposed. With one small movement he silenced her, and she could not even whimper till he returned and raised his finger once more to wipe it across his lips, erasing his admonition to silence with a single move.

Single move. And how many of those were there? She remembered things like this from the reading she did on conspiracy sites. They were called triggers: words, movements, signals. They all symbolised something else and forced a programmed person to obey, despite whatever internal provocation to deny this power existed. They made you powerless.

How do I love thee?
Let me count the ways

Another poem for a gentler time, written by a true poet, not a girl trapped in a frightening cage by an even more frightening lunatic. Still it comforted, the simple rhythms of the phrases, and kept her from her darker thoughts for moments at a time, till she inevitably returned again.

Those conspiracy sites say that symbols rule the world, much more than money, much more than politics, they speak to the unconscious that enslaves us all. Well, they certainly rule her world now.

She struggles to try to remember any other symbols that might have been implanted in her mind during the sessions. So few details remain in her conscious mind, but she has been practising her own control in those infernal sojourns and has found she can recall things she concentrates on in moments when his horrible voice is no directing her. She can imprint some small memories that she can have access to out of the state.

This has proven successful to a degree. She recalls his allusions to her in terms of food. She knows he is the doctor. She remembers animals and creatures that might have come from fairy-tales, and in sorting through them in her conscious hours, sees how they are the symbols of those childhood stories, and can understand some of the ideas he may be trying to imprint as a result. A white rabbit is adventure, and intrigue, a bear is something frightening that she needs protection from, a cat is cruel games and a dog is a friend, guiding her along the difficult path. The first he uses to draw her in, the second to terrify and subdue her will, the third to apply the cruel messages and riddles to confound her and the last to provide a false comfort and connection.

And the doctor, of course, universally a symbol of care and wisdom and demanding of respect. There may be many reasons he enters this world in that guise but the greatest of all would be to portray himself as the healer of her faults. The one that will cure her. Cure her of being her, and make her into something better, something ‘whole’, something healthy.

Her aim is to rip these symbols of their power. Symbolism works in the unconscious. When unmasked it is like a magician on a stage where a curtain has risen too quickly and the mechanics of the trick are on display to all.

This is her little hope.

And her greater hope?

The flowers and the feathers, the colour blue, and what they symbolise. His dream, his hope, the clear intention of all the programming: that from this pain and terror is born a love as complete as it is indiscriminate. Symbols as emotions, imprinted deep in her psyche: he wants her to be a slave, but a love slave, a slave in love with him.

And knowing this, she feels she has one small victory already. She will never love him. He may be able to tie her down, literally or psychologically, silence her with a move of his fingertips, make her do unspeakable acts at his command when under his spell, but she is already above his greatest aim.

But that does not mean he needs to know that yet. Not yet.

She senses that this is his greatest weakness. She is an experiment of sorts. There is perhaps no guidebook for him to make love from pain in this way. Not real love, which is what he craves. At best he might achieve a shadowy Stockholm Syndrome over time, but she will rally against that also, with all her conscious will. He is not her friend, not her dog, nor her healer, the good doctor. He is a fiend, and she knows it.

Perhaps he knows it too, though he won’t fully admit that to himself. And perhaps that’s why he calls it impossible love, because he somehow knows that is not part of the design of this process. Perhaps it is even antithetical to the whole design. Yet still he is Don Quixote, tilting at this windmill, determined to make this more, and make the impossible possible.

It is in what we need most that our true weakness lies and is exposed. She must give him hope, build his hubris, to a point that he is vulnerable and more choices open to her. And she must do this quickly, before more signals are embedded in her and any escape becomes impossible, no matter how she tries.

It might already be too late, but she cannot think of that, or she will go mad. She can only think of her resolve, and the things from her past that prove she can be as ruthless as is required, she can doing anything. But to think too much of that past would make her go mad also, so it is all about balancing thought and emotion, planning and relief.

And poetry helps. It will help with both. If he wants impossible love made possible, she must start to give him that. And what better way than poetry?

She will write him a love poem, while awake, while alone, and if that works, many, many more.

I'm drawn to blogging as a way to share ideas and consider what makes us who we are. Whether it's in our working life or our creativity, expression is a means to connect.
View all posts by Helen →
This entry was posted in Serial Horror Stories, The Flavour of Spite and tagged darkness, Flavour of Spite, impossible love, love, oppression, poetry, possession, programming, serial horror stories, strategy, trauma based mind control. Bookmark the permalink.

Helping others understand mental health in a unique way