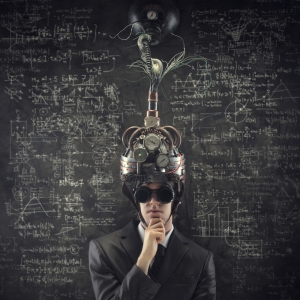 So, the experimenter becomes more a part of the experiment than he intended. I was galled at my own lack of focus, or sustainability, or whatever it was, but I was even more fascinated than before. First this girl appeared and reappeared on film like some will o’ the wisp – whether by design or by accident I had no idea. But beyond this, it seemed proximity to her at a moment when withdrawal from sight was nigh brought about a preternatural fear and sickness in others (as I presumed I would not be alone in this) so that one must wrench one’s focus away or collapse in illness or fear or worse.

And that withdrawal was so complete as to not only affect the eye (mine or the dissociated camera) but also the memory and the sense of surroundings. Until I got away from the field of influence, or whatever it was, and remembered my filming, the whole thing simply ceased to exist. Perhaps if it hadn’t been for the filming, I’d never have remembered her at all. I suspect that was the case for most. After all, what would trigger them to remember a barmaid they’d so willfully forgotten?

What did this mean for human consciousness? Is it a survival instinct of the mind to eradicate memory through repression rather than fully view the highly strange? Is focus and attention more complex than we think, so that not only is memory unreliable over time but even in the moment if the mind detects a stressor that is sufficiently immobilizing?

And, if my memory did not trick me further about this actual phenomenon, whatever had taken its place in the surrounding scenery elicited an extreme level of fascination – a girl I might never have looked twice at before became like a goddess.

My god, if Natalie had lived with this impact in high school her friends must have got lucky a lot. Poor girl.

But, despite all sympathy I might feel for her, I found myself at the horns of a dilemma. For if this was what happened when one tried to talk with her for any extended period of time, how was I to sustain an interaction long enough to learn what she knew of this, how she felt about it, how much control she might have over it? And if I couldn’t do this then my filming was peculiar at best, an unfinished story before it had even really begun, a mystery I couldn’t solve.

What was I to do?

Then it occurred to me that possibly she couldn’t – either willfully or accidentally – cause this impact if there wasn’t something else – or more to the point someone else – to take the attention of the other. Otherwise surely others before would have noticed her peculiarity. Maybe one on one discussion and meetings with her seemed totally normal – maybe she was at ease in them. Maybe it was the combination of many people, many attentions, that caused her disappearance. Or it might be that only the intensity of a completely focused attention, without distraction, could keep her in sight and in mind at all.

Something like that would have to have happened for George to employ her in the first place. If he couldn’t remember or observe her within moments of meeting, if he’d been forced through that peculiar vertigo to lose conscious knowledge of her existence as I had in the moment, he’d never have offered her a job, never have signed her on. But since most of his proximity to her occurred thereafter in the club where other factors created a greater instability of her form, his lack of recall about her in general terms might be explicable.

Would he remember her if I spoke of her? I remembered her the minute I had another association, the filming, so surely he’d remember employing her if prompted. And if so, perhaps he could be persuaded to arrange a meeting between Natalie and I in more secluded surroundings, even if it was just at the club during the day when it was basically closed.

I'm drawn to blogging as a way to share ideas and consider what makes us who we are. Whether it's in our working life or our creativity, expression is a means to connect.
View all posts by Helen →
This entry was posted in Serial Horror Stories, The Others and tagged alien, blacl comedy, experiment, Horror, Horror writing, sci fi mashup, serial horror stories, The Others. Bookmark the permalink.

2 Responses to The Others – Ten