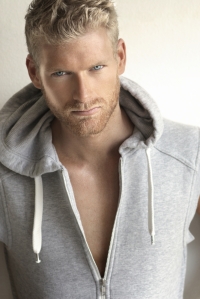 “Ok, watch this, just over here” I said, pointing to the upper right side of the monitor.

Natalie leaned forward from her hunched position, sitting so close to me I felt I might melt. Her gaze was so intent on the screen however, that she hardly seemed to see me, and only what I was showing her.

In the small confines of my filming alcove the sensation was both claustrophobic and exhilarating. Indeed, we were sitting in such proximity that our arms almost touched as she leaned inwards. I swore I could vaguely feel the hair on her arm brushing mine, but it was so slight it might have been electricity instead, electricity between us. Or perhaps that was just pathetic, wishful thinking.

So close, I could vaguely smell a hint of jasmine from her, a perfume I particularly like. I had to remove myself from these pleasant and disorienting sensations to explain what I was showing to her. It was a wrench.

“See this guy here, coming out of the shadows? The tall one with the wavy, thick blonde hair? Watch him approach the girls on the dance-floor. See how he’s calling out something to the people behind him as he leaves them, then the girls see him, so he’s being seen all the time?”

“Yes…” she said, hesitant to give me anything more. Fair enough, all I’d shown her so far was just another guy who seemed to be on the camera all the time.

“OK, watch him with the two girls.”

“Peter, is there a point to this?”

“Oh, ye of little faith!” I chided, half laughing, “Just be patient and watch!”

The man started dancing with both the girls. He was very good looking, just like Natalie, brazenly youthful, this time blonde, this time a god rather than a goddess, another one more than capable of catching the eyes of others (all things being equal of course). I felt jealous, and I’m a good-looking guy, as I told you. I look like a celebrity. But that’s me. My attraction at least partly based on my similarity to someone else, while this guy, he seemed to shimmer. Just like Natalie. I didn’t like him, but since he was soon going to prove to be what Natalie needed, I tolerated him and his glory.

The girls were starting to compete for his attention and he seemed to be half laughing about it. I typed some commands into the computer to bring his face into magnified close-up.

“Watch his expression,” I said.

It was cruel, playful, knowing. He was smirking about something he knew and they didn’t.

I zoomed out again, about half way, letting the girl’s reactions take up part of the screen but be more magnified also.

The girls started to become more awkward, they actually pulled away from him slightly, and he stepped back out of their immediate eye line. They looked at each other, as though sizing up the competition, and then they seemed to change. Their movements loosened, became almost homoerotic to each other, they had forgotten about him.
And he had disappeared, suddenly, no wavering. One second he was there, the next he was gone, no film to show him walking away, nothing.

“Now look over to this angle, up to the bar. It’s just a wide enough angle to get it, taken off camera three’s focus on the shadows behind the bar area.”

I pointed to a spot just near the bar approximately where Natalie was standing, serving, still seen at that stage by others so very, very visible.

“You were looking very nice that night, by the way,” I said, “I like your hair out.”

“Thank you” she said, smiling a very secret, gleeful little smile to herself as she watched the camera. She didn’t look at me. She didn’t need to, I was warmed by the pleasure of my compliment being received so greedily. She seemed to hug it into herself, as though she was almost hugging me. I wish….

The man reappeared suddenly, his hand on the shoulder of one of the punters. He was talking with his apparent friend, but he was looking directly at Natalie.

“Now, it gets even more interesting.” I said, “Watch! This is peculiar”.

I'm drawn to blogging as a way to share ideas and consider what makes us who we are. Whether it's in our working life or our creativity, expression is a means to connect.
View all posts by Helen →
This entry was posted in Serial Horror Stories, The Others and tagged alien, black comedy, Horror, invisible, nightclub, prey, sci fi mashu, serial horror stories, stalking, The Others. Bookmark the permalink.

1 Response to The Others – Seventeen