The Others – Twenty Five 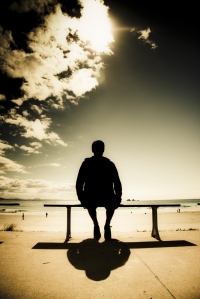 So, a great victory achieved, I had time to rest back on my laurels. And I’d survived the lunch intact, and as I sobered over time I realized that was a significant fact in itself.

Natalie was so grateful I almost started to hope she might return the affection and attraction I felt for her, but it became quite obvious in a relatively short space of time that she was more drawn to Gabriel. I suspected they had become lovers quite quickly but I never asked because frankly I didn’t want to know.

Having established their introduction it seemed I was dispensable, at least as a companion if they wanted to spend time together. The electrical field between them seem to have been nullified or neutralized by having met and spoken properly. I might have hoped I’d always need to be there, but like the first domino that falls to set off the cavalcade, it seemed I’d pretty much achieved my purpose at the very beginning.

It wasn’t that they avoided me, or ‘dumped’ me like some expendable lover. Both remained in contact with me and we met, sometimes all three together, and sometimes with each separately. Gabriel seemed to feel responsible for the dissolution of my filming experiment, or at least its distraction. He was very encouraging about looking past the phenomenon of Natalie and himself to what I originally wanted to achieve. I’d lost interest however. Nothing would be as exciting as that.

“Who am I kidding?” I said to him one day, “It was a long shot I’d get anything interesting anyway. I just didn’t have any other ideas, or not ones that I could afford at any rate.”

“Well, money need not be a problem anymore,” Gabriel said. I understood he was offering to be my benefactor. It was very tempting but I felt a bit concerned about owing him something. I liked that at this stage he owed me. It seemed like the only way to keep the power balance even remotely on my side. But, his money could allow me to pursue my real dream, an actual proper film.

And let’s face it, my project was pretty much down the toilet to all intents and purposes, as I said. Even George seemed to have tired over waiting for something illicit or sexy from me so I doubted he’d have encouraged me to continue endlessly. Gabriel’s offer was compelling therefore. I said I’d get back to him when I’d worked something out, buying time and desperately trying to discipline myself.

Natalie was happy. I liked that. She said Gabriel was teaching her how to recognize her ‘talent’ as he called it and to control it. She said he sent her on experiments and tests and that she was doing well. She seemed finally to be reveling in something that had formerly shadowed her days at best.

But sometimes she took to speaking quite condescendingly of the people she ‘played’ as she called it. I’d remind her I was one of those types of people and she’d laugh and tell me I was silly. But it did disturb me. She seemed to be becoming more and more like Gabriel and I wasn’t sure this was a good thing. I would have preferred he had become more and more like her, but I suppose knowledge never becomes innocence, it’s always the other way round. He made me think of some roué, some licentious and dissolute creature teaching the virgin the ropes. It was disturbing, but then, I was jealous of him, so that colored my view. I am not so blind to myself that I didn’t recognize that.

That might have been an ending to it all, really – an ending to the most interesting story of my life – its narrative spent. But, I’m not the only person with ideas. It wasn’t the end at all.

In many senses, it was just a beginning, and the beginning of the beginning really started with a phone call and an invitation from Gabriel to a “mini-celebration for the three of us” at his apartment that night.

“I’ve got some film to show you,” he said, “Which I’m sure you’ll find most engaging. And after that, I’ve got a proposition to make. I do hope you will come.”

How could I resist?

“Of course I’ll come” I replied, “How could I say no to an intriguing invitation like that?”

I'm drawn to blogging as a way to share ideas and consider what makes us who we are. Whether it's in our working life or our creativity, expression is a means to connect.
View all posts by Helen →
This entry was posted in Serial Horror Stories, The Others and tagged aliens, black comedy, connection, friends, Horror, intrigue, sci fi mash up, species, The Others. Bookmark the permalink.

3 Responses to The Others – Twenty Five