The Others – Twenty Six 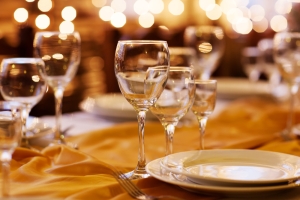 “I should begin by explaining something” Gabriel said as he stood before his home entertainment unit, apparently ready to show me this mystery film to which he had referred both in the invitation, and on and off over the first few hours of our cocktail strewn celebration.

I nodded, indulgent, relaxing back in the extreme comfort of his leather lounge, my arm almost insouciantly draped around Natalie’s shoulders as though she belonged at least partly, also to me.

To my right Gabriel’s impressive windows and balcony displayed a Sydney skyline view that many realtors would kill for. On occasion my eyes were drawn to the lustrous beauty of Sydney city lights at night. I wished I had a view like that. For me, if I stood up on my bath’s rim and peered to the left from my bathroom window I could just see Bondi Beach. It was hardly the same thing, though when I’d first responded to the rental advertisement for the flat it had proclaimed ‘beach views’. Well, it was literally true I suppose.

But this night there was more to see within the flat than outside it. I’d noticed that Gabriel never really looked at the view himself, as though its ubiquity had removed its charm. And now he was very intent on us all watching something within, not without.

“You will recall,” he continued, “When I told you of my youth and learning about this ‘gift’ that I said I tested it, not always in ways that would be considered moral?”

“I do,” I said, quelling the dark suspicion I had felt for weeks now that Natalie had now been drawn into similar evils.

“Well, I suppose in truth, I’d have to say I’m rather amoral. Or, you can’t be ‘rather amoral’ can you, really, it’s an absolute, either you are or you aren’t. So, I must admit, I am amoral. I don’t know if it is part of me innately or if it developed because of what I can do, out of some sort of feeling that I was above the consequences of my actions on others because normal people, forgive me, do seem to me rather like an animal might to you. Charming, loyal sometimes, but inferior.”

I snorted and took a sip of my cocktail. I knew what he said was probably true but it was repellant, of course, to me. I chose to find the moment humorous rather than insulting.

“We don’t mean to offend you Peter,” Natalie said hurriedly. I looked at her, understanding it was now ‘we’, not Gabriel and Natalie singular, but unified. As Gabriel saw ‘normal’ people, so had she come to see them. I felt a bit sick.

“Not at all,” Gabriel said, “Indeed, we are indebted to you, and it is clear that since you had the talent to find us, to see the truth, you are by far ahead of your peers. Indeed, you may be in a class of your own.”

“Don’t flatter me!” I retorted, because that seemed worse than the offence. Was I to be beguiled by the compliment and so give some moral and intellectual value to their pretensions of glory? They had an odd gift, of course, but that just as easily made them mutants as it would gods. I was feeling very high-handed because I felt out-numbered and outclassed. I didn’t like the feeling at all.

“It’s not flattery, it’s true. None of this would have been possible without you. So, we’ve got a kind of thank you gift for that, which I’ll get to, but first, let me continue. Please understand we don’t see you like the others, we needed you and we need you, so we aren’t talking of you. I must stress that you will need to be able to differentiate yourself from them if you are to be part of what I will propose…”

I'm drawn to blogging as a way to share ideas and consider what makes us who we are. Whether it's in our working life or our creativity, expression is a means to connect.
View all posts by Helen →
This entry was posted in Serial Horror Stories, The Others and tagged alien, blacl comedy, connection, friends, horror sci fi mashup, invisible, offering, proposal, serial horror stories, species, The Others. Bookmark the permalink.

3 Responses to The Others – Twenty Six