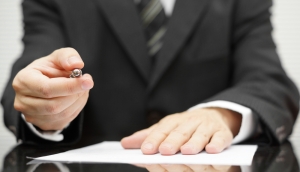 ‘Andrew’s office,’ a girl breathed down the phone. She sounded young. She was probably pretty, and small. David imagined that would be the pre-requisite for employment with Andrew. He wondered if she might be ‘the girl’.

‘Tell him it’s David, his potential new client,calling as he asked me to,’ I said, trying to sound important.

‘Please hold for a moment, I’ll see if he’s available…’ the girl replied, seemingly unimpressed, but professional and polite nonetheless.

The moments that passed were an eternity. David knew, on some deep wordless level, that whether or not Andrew took the call now would mean the difference between success and failure, between his invitation being sincere or off-hand and insubstantial. It didn’t matter that Andrew might be otherwise legitimately occupied. The secretary would have known if that was the case, surely. To not take the call now would be a clear brush off. David wouldn’t call again.

It was Andrew. David let out a long breath, only then realizing he had been holding himself so tightly he had stopped breathing all together.

‘Is this an ok time?’ he asked, like a supplicant.

‘If it wasn’t, I’d have got the girl to put you off mate, it’s fine. I wanted to talk with you last night, but the wife..you know..’

David didn’t know. He wasn’t married and he’d never even lived with anyone other than his family and his current male flatmate. He had no idea at all.

Be my guest, thought David.

‘I like your work. It’s original, which is saying something these days, it’s nasty without being gratuitous, and your characters and facial mannerisms etc put me in mind of a young Jim Carrey. It’s a unique combination. You’re even likeable in some odd way. We really don’t have anyone like you on the scene at the moment. I think with the proper grooming, we can make something of you.’

‘Don’t be flattered for fuck’s sake..I don’t need this to turn into some ego stroking exercise. You have potential but it needs work, and you need to be managed so that your profile rises in a sensible manner..you’ll have to work hard and listen to me..can you deal with that?’

‘You’d be surprised…anyway..good..we should meet and discuss this more..come and see me later in the week..we’ll see about some spots for you at my Club over the next few weeks..I’ll put you back through to my girl to work out an appointment ok?’

‘Good on you. Talk soon mate!’

And he was gone and the girl was back on the line ready to check the diary. In the end the appointment was for the following Monday – it seemed Andrew was busier than he realized, or possibly keeping up with that kind of detail wasn’t his thing. In either case, it gave David the rest of the week and the weekend to alternate between excited anticipation and rampant fear.

Always the way he worked best.

I'm drawn to blogging as a way to share ideas and consider what makes us who we are. Whether it's in our working life or our creativity, expression is a means to connect.
View all posts by Helen →
This entry was posted in Schadenfreude, Serial Horror Stories and tagged agreement, ambition, comedy, confidence, deals, horror horror writing, offers, representation, schadenfreude, serial horror stories. Bookmark the permalink.