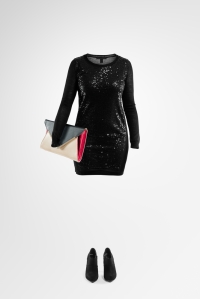 Later that night David visited the chatroom again, hoping she might at least be sitting watching the others, waiting to pounce. They could private chat and compare notes on how the little creatures suffered. But there was no sign of her. She must really have had something she had to do on-line, as she said – or worse – something in real life. For a moment he thought of her sleek, olive-skinned form under the weight and mass of Andrew, and shuddered. That had to stop. The concept was too repulsive.

The only person in the room was the major moderator, Norman, who ran the main site for the comedy girls. David always wondered why he bothered to do it. Norman was clever and obviously very skilled in the IT world, yet he seemed to spend his time on this stuff. Maybe it was like most of the comedians, the access to the girls. Performance isn’t the only aphrodisiac. Power is also one, and in his own way, in this corner of cyberspace, Norman had power.

Vlad: Hi Norman, lonely tonight?
Norman: It’s quiet now all right..I’m just lurking here while I work on some HTML codes..you?
Vlad: Can’t sleep..too excited..
Norman: Oh? Why?
Vlad: Can’t say too much yet unless I jinx myself, but I might be getting representation!
Norman: Good on you! I like your stuff..it’s better than most of the shite the girls rabbit on about all the time
Vlad: Mine isn’t on tv I suppose
Norman: Which makes it better if you ask me, but there you go..

David wasn’t fooled. Norman was a chameleon. He’d be charm to anyone in the internet version of face to face, but the metaphoric daggers in your back if you were a topic of conversation between he and others were legendary. Hell, David had participated with him and the others in numerous character assassinations, only to find that some of the others involved in those assaults were then the topics in their absence.

David hardly expected he would be immune from such attacks.

Well, that was the net for you. And Norman was its creature, after all. But he also ran a board where publicity was free and reached a wide audience, so apparent allegiances of this kind were useful despite their apparent lack of any moral worth.

Vlad: Exactly mate..exactly..still, if they want to throw a tv gig my way..
Norman: No point in turning it down..
Vlad: Yes, shouldn’t be too snobby about it all…LOL
Norman: Exactly,LOL
Vlad:Pity it’s so quiet here tonight though…
Norman: You should have been here about an hour ago..you missed a doozy of a fight..
Vlad: Oh? Who between?
Norman: That bitch Schaden-whatever–the-hell-she-calls-herself was having another go at Lizzie

David exhaled in frustration. He’d missed her! And the fun to be had for the night, by the sounds of things.

Vlad: Ease off Norman..Schadenfreude is a friend of mine…
Norman: She is? Well, each to their own I suppose..perhaps you could get her to lighten up..Lizzie doesn’t stand a chance..
Vlad: Lizzie likes to dish it out though Norman and I don’t see you objecting to that..
Norman: It’s not the same, she’s not smart enough to make it..effective…
Vlad: Well, that’s true enough..but I always thought you must have liked Schadenfreude .. you never ban her like you threaten, I thought secretly you might be her friend and ally..
Norman: Hardly! She’s odd that one..she’s elusive..I can’t figure it out..I can’t seem to identify her or find her..you go looking and its like she doesn’t even exist..
Vlad: She exists all right, I’ve met her in real life..
Vlad: Well find out for me how she’s so…I don’t know the word..insubstantial..on the net, eh? I can’t ban her..I’d promise never to do it just to get her secret because I’d sure as hell like to leave no trace of myself…
Vlad: What do you mean, no trace? And can’t you just deal with her ISP?
Norman: I would if I could work out which provider she has! I don’t publish the IP numbers on the board, but I can see them in the moderating screen..it’s just..she doesn’t seem to have one..
Vlad: Some anonymiser program?
Norman: No, that’s just it..those programs show a generic IP number, they don’t obliterate it all together
Vlad: How can she do that?
Norman: Theoretically, she can’t. The IP number is one part of the net talking to another – her computer, to the provider – to the board..it’s just a series of commands really in the form of an identifier. Well..hey..there must be a way she’s doing it..maybe criminals do it all the time..but stuffed if I can work it out…so for the moment I couldn’t ban her if I tried..
Vlad: She’s a clever girl then
Norman: I think she must be a clever hacker actually..as I say, I’d love to know, if you ever get the details, I’d be most grateful to be included in the know, if you know what I mean..
Vlad: Sure Norman, I know, I know what you mean…

David was glad he’d managed to cajole a real life meeting from Schaden under these circumstances. He had thought before about tracking her via the internet had he continually failed, and now it seemed like that would have been a difficult task – no, let’s be honest, for someone with his level of IT skill, no matter what his talent for detail and perseverance, it would have been an impossible dream. If Norman couldn’t find her, what hope would David have had?

Just as well she’d wanted to find David too. And Norman could whistle if he thought he was ever going to be invited to their club.

Their club of two.

I'm drawn to blogging as a way to share ideas and consider what makes us who we are. Whether it's in our working life or our creativity, expression is a means to connect.
View all posts by Helen →
This entry was posted in Schadenfreude, Serial Horror Stories and tagged ghost, hacking, Horror, internet, invisible, odd, online, schadenfreude, serial horror stories. Bookmark the permalink.