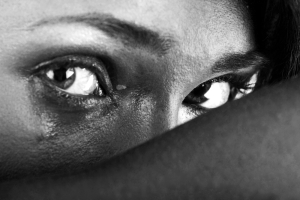 ‘I suppose you mean Lisa,’ he mimicked, making David’s voice sound girlish and weak. ‘Of course I fucking mean Lisa..how long have you been fucking her?’

‘I haven’t’ said David honestly, and hoped for one brief, stupid moment, that the truth might save him.

Get to a phone Voice repeated..get help…

‘How did you know about us?’ David asked, fighting to keep the fear from his voice, intuiting that such an emotion might set the bull off on his stampede. Andrew liked vicious comedians – it was why he liked David, it was a common aspect of the clients in his ‘stable’ – this meant Andrew himself was vicious. He’d be likely to pounce at the first sign of weakness. The question was, did he reserve his viciousness to words, like David, or was the ultimate expression for him more physical? Andrew was more physical than David. Right now, Andrew felt like more of everything.

‘I had her followed,’ Andrew said, his voice suddenly quieter and infinitely more menacing for that, ‘I said I needed to keep an eye on her..and I checked her computer for her emails and chats and interactions and it was all there…’

‘We didn’t email,’ David said honestly, ‘We chatted sometimes, were friends, but I swear to god Andrew, it wasn’t anything else!’

‘I didn’t see your stuff..she obviously wiped all of that..just what she told her friends..what she said about you..and that’s why I know your protestation is complete and utter bullshit…you’ve seduced the stupid little creature..don’t deny it!’

‘She not a stupid creature!’ David exclaimed, his overweening pride speaking before any sense of survival could stop him. It was stupid of him of course, he knew this even as he spoke, but to have the cleverest person he’d ever met, the one he felt elevated by just by her returned interest, was too much. To call her stupid meant inevitably that David would also be thus described by association. That couldn’t be tolerated.

Andrew moved forward again. He was only one foot away from David now.

‘She is a stupid creature. I should know..she works for me..and she’s an unimaginative little fuck as well..but you know that already, don’t you?’

‘She’s one of the smartest people I know!’ David protested. She was! Otherwise why would he be fearing, even deeper now than his immediate physical sense of threat, the thought that Andrew knew she was smart, that in fact they had a game here that relied on the fact that both she, and Andrew, were smarter than David.

‘Are you sure we’re talking about the same person?’ Andrew asked, smirking horribly, his fists clenching and unclenching, ‘That doesn’t sound like the Lisa I know…but then, perhaps you’re not that smart either, eh, David..you might be clever, but you’re actually quite stupid too…look what you did, with your golden opportunity..your one chance at fame..something only a moron would do…you shat all over my generosity, you betrayed me!’

‘I met Lisa over the internet..we were friends before I knew she worked for you, or even knew you in actual fact!

‘Save your bullshit for the ladies you little fucker..it won’t work on me…you’ve got to learn the same lesson she learned..’

Pure dread filled David for Lisa. Of course..if she wasn’t in league with him after all, he’d have gone to her first. On the level of betrayal, he’d see hers first, given that he was pathologically jealous and possessive of her. She had always had such good reason to be afraid.

David felt a sharp shame for the fact that he now sentenced her in his heart to some awful retribution at the hands of Andrew simply from his desire that she was not allied to Andrew, that what they had shared was true. But still, he wanted it.

‘What have you done to her?’

I'm drawn to blogging as a way to share ideas and consider what makes us who we are. Whether it's in our working life or our creativity, expression is a means to connect.
View all posts by Helen →
This entry was posted in Schadenfreude, Serial Horror Stories and tagged dangerous, fighting, Horror, psychotic, revenge, schadenfreude, serial horror stories, threat, violence. Bookmark the permalink.