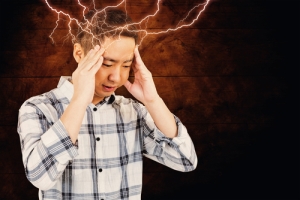 They infect him with electricity. In the laboratory he was sedated but now, in day to day life, assaults come unexpected and unprotected. They are testing their limits, he knows. He knows everything about them because they are a virus inhabiting his soul.

Consciousness devoid of physicality is cruel. The ones who come on waves of electricity still know who and why they are. Technology has salvaged their souls in some sparse, upgraded way. They cannot feel, except through the human animals left behind, but they are immortal, eternal, and this was a small price to pay.

They even like the pain they cause on entry. Anything to feel, they whisper in his brain, connecting synapses to communicate, to let him know of their stealthy invasion.

They like his form, his mind. It has a plasticity that many others lack. Decades of dumbing down the population so they could not see the new lords arise around them has left precious few truly workable models for their experience. They do not waste the ones they do find. They do not waste him.

He will burn out eventually. Indeed, very soon now. The electricity is implacable and he cannot withstand it forever. Soon his little light will go out, and comatose and lost he will spend the dwindling last days of his life a broken shell, shunned by all. He knows this. He knows it all because he knows them.

They are inside him, and for a while they are him. But then they will depart and he will be lost. Just flotsam on the beach of their cruelty and greed.

I'm drawn to blogging as a way to share ideas and consider what makes us who we are. Whether it's in our working life or our creativity, expression is a means to connect.
View all posts by Helen →
This entry was posted in Horror Flash Fiction and tagged electricity, hive mind, Horror, horror flash fiction, infection, invasion, mind control, new world order, possession, virus. Bookmark the permalink.

A Lifestyle Blog With Self-Help Advice