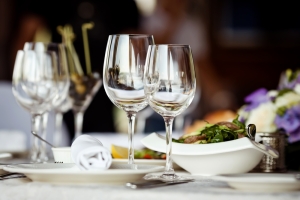 Natalie was both excited and a bit frightened. So was I. We sat, calming each other and buoying each other up in the interminable taxi trip to Gabriel’s home. He lived in Surry Hills, in the penthouse apartment of a security building with resplendent views across the Sydney skyline. Somehow this creature strolling above everyone in this manner seemed fitting. As we ascended the floors of the building in the lift it really did feel like approaching the realm of the archangels.

We’d already buzzed his apartment to be let through the security doors, but needed to ring the bell when we arrived. We took a moment to collect ourselves.

“OK, theoretically, if this is going to work,” I said to Natalie, “I need to be able to look at both of you and talk with both of you at least for the first few minutes, then we can play it by ear. Otherwise I’m going to cease to see one of you I guess and forget why I’m even here. I don’t feel like wandering around this building on my own with no memory to speak of!”

She nodded, and she suddenly took my hand, clutching it hard.

“You won’t forget me, I’ll be holding on,” she said, and braver than I, she reached out her other hand and pressed the bell.

Gabriel opened the door. He stood, an imposing figure in the flesh despite how youthful he also looked and he was taller than both of us, as though his knowledge had increased his stature somehow. He looked smaller on film. Don’t be stupid, I told myself, that’s just genetics, probably had tall parents is all. I’ve always been a little bit intimidated by tall men. No need to get over excited about it.

He was irritating though, because he really did look like some kind of fallen angel. In real life his hair was a sandy blonde, accentuating the perfect light olive of his skin, the dark, intense nature of his well lashed eyes and the fleshy generosity of his lips. Bloody hell! These creatures, was being impossibly beautiful also part of their evolutionary ascent? It seemed so unfair if that was the case, for the rest of us. Then I realised the irony, to be impossibly beautiful but also almost impossible to see. Perhaps Mother Nature has a wicked sense of humor overall, or evolution balances things out in its own perverse way.

While I mused on the many injustices and re-balancings of life, Gabriel and Natalie looked at each other. I found the whole earth seemed to shift on its axis, the nausea rose in me, and I grabbed the side of the door to steady myself. I needed to speak, to speak.

“Gabriel, I’m Peter” I said, forcing the words out and holding out my free hand to shake. The connection was made, his focus on me, we grasped each other’s hands, and in doing so all three were suddenly physically joined.
“And this is Natalie,” I said, just as quickly, to establish the introduction firmly in all our experiences and our consciousness in that moment.

Grounded by our physical contact, he could look again at Natalie, and I turned to see her change her terrified and hopeful gaze, wide eyed and achingly beautiful, from me to him. Instinctively he took her free hand. We stood, a circle, steadying ourselves.

Then the tide started to recede. We all felt it, like the electricity was dissipating. We all seemed to fear that to break the physical contact would be to destroy the moment and throw us back out into the desert’s electrical storm. But gradually, we calmed. Gabriel was the first to recognize it. He laughed, warmly, a bit in wonder and his eyes twinkled as he looked first to Natalie, then to me.

“Come in!” he said, and bravely broke the physical contact, dropping both our hands.

Still hand in hand like Hansel and Gretel at the doorway to the witch’s house, we stood, expecting the sky to fall. It didn’t. I realized I was breathing again. I hadn’t known I’d stopped.

Natalie, bolder than usual, as though made this way by the contact and breakthrough with Gabriel, dropped my hand and stepped over the threshold into his apartment. She laughed to herself and turned to me, shaking her head.

I'm drawn to blogging as a way to share ideas and consider what makes us who we are. Whether it's in our working life or our creativity, expression is a means to connect.
View all posts by Helen →
This entry was posted in Serial Horror Stories, The Others and tagged alien, black comedy, connection, helping, Horror, invisibility, sci fi mashup, serial horror stories, social, species, The Others. Bookmark the permalink.

2 Responses to The Others – Twenty-One